[email protected] | Write For Us | About Us 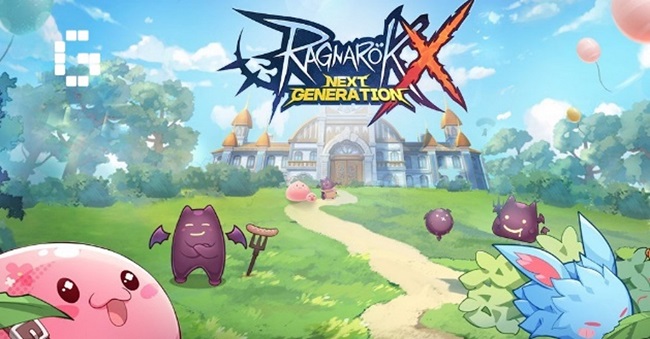 The game introduces a lot of fresh features and innovative gameplay mechanics that you won’t find in the classic PC version. At first look, Ragnarok X has really captured the essence of the original game with its modern version of the world of ruined midi cards.

Everywhere you look gives a nostalgic feel of the classic RO game such as the original drop classes the expansive 3d rendered maps and even the monsters and items found in-game.

It still retains the cute cartoonish art style of the different characters and playing Ragnarok X using either your smartphone or pc with a powerful android emulator is super smooth.

As the touchscreen and joystick controls are positioned perfectly to fit your screen and hands the style and colours of the user interface might seem overwhelming at first but it is very intuitive and you can easily declutter the screen by hiding the elements that aren’t in use.

Now that we have a feel of the game let’s proceed with some of the game features you need to know when starting out in the world of Ragnarok x next generation.

First up one of the most important decisions you have to make in the game is selecting your job class. Ragnarok X currently has the six original first job classes. The swordsman class has balanced offensive and defensive stats so they can either act as a tank or damage dealer.

The acolyte class excels in healing and enhancing their allies combat capabilities so their main role is supported. The mage class deals with a huge range and elemental magic damage so they can easily destroy a huge group of mobs. The thief class has the ability to deal huge single target burst damage which makes them a lethal force in PVP.

The archer class can either fire deadly arrows from afar to quickly destroy their enemies or set up traps to support their team and lastly, the merchant class relies on their card and skills to deal high damage. You should choose a class that fits your style of gameplay because each has its own unique role.

Next, we have the stamina system what’s unique about Ragnarok X is that you don’t need the stamina to get exp and loots while farming. You can literally grind for 24 hours a day. The stamina here is actually used for a different feature called RO life where you can do fishing, mining, gardening, smelting, cooking and crafting in order to get various materials.

Next for the social part of the game, we have parties and guilds. As in many MMORPG, there’s also a party guild system where you can play an adventure with other players. it’s very easy to create and join a party which will help you in clearing difficult instances. Having a good guild can assist you in progressing your character’s stats and gears.

Next, we have the equipment system. Different builds require different sets of equipment and you can get these from clearing instances. Pulling in the equipment gacha or by purchasing them from the exchange centre. Generally, white gears are the easiest to upgrade and are decent for the early game then slowly upgrade to blue set since it grants better stats, especially with higher refinement and enhancement.

Just like the other games of the Ragnarok series, Ragnarok x is also the treatment for the eyes with amazing cartoonish graphics and visuals. The game is perfect to play on a bigger screen with your friends and for that, you need to download a powerful android emulator that will lead you to better gameplay. Here is how you can play Ragnarok X on PC.

Ragnarok X is perfectly compatible to play on LDPlayer. LDPlayer is a lightweight android emulator with perfect features that will let you play nearly any mobile game available on the play store play it on PC. LDPlayer runs perfectly with both Intel and AMD processors. LDPlayer has millions of users on daily basis and it will improve your gameplay.

To sum it all Ragnarok X is gaining the same fame and praise as the fellow games of the Ragnarok series and is more fun to play Ragnarok X on PC with LDPlayer. It is safe, reliable, private and user friendly. LDPlayer cares about making a change in the emulator gaming community with monthly updates