Your Android is capable of a lot, but even it will fail to break past geo restrictions if they’re well-established.

If you’ve ever tried to watch a YouTube video—only to see a popup about the service, or content, being available in your region, you’ve already encountered this.

If you’re not familiar with the way geo-restrictions work in general—let’s take a crash course.

Also called “geo blockers,” geo-restrictions are established spots, online, where users can only access if they live in specific geographical locations.

A good example of geo-blocking would be the attempted use of Pandora Radio, or even Netflix US, outside of the country.

Trying to access these services would introduce an online error along the lines of, “Sorry, but we can’t access this domain from this location.”

In some cases, the online service isn’t even supported abroad—which means foreign providers simply don’t have their own versions of it.

In other cases, however, a country might have a version of the service which caters more towards its own citizens.

So, when you attempt to access the service from an American device, you’ll politely be told that this space of the local Internet is reserved for current residents.

Why Do Countries Use Geo Blockers?

They can be adopted at local levels, so as to streamline a town’s online media into a more cohesive experience.

Still, the use of geo blockers is certainly prevalent in 2019. Geo-restrictions, normally, are enforced by digital content providers themselves—such as Netflix, Amazon, HBO or Hulu.

Recommended  A Guide To Becoming A Top Social Media Influencer

Any company that needs to follow strict, content-related copyright regulations tends to have geo-restricted services.

It isn’t about whether they’re available, worldwide, so much as it is about maintaining their legal rights to provide service.

A Little About Licensing Rights

Individual leasing regulations are also major considerations. Licensing rights are, mor or less, an accessibility title giving a content provider permission to provide services in a given country.

Every country has different licensing regulations—which means content providers need to acquire new rights for every country they want to provide content for.

While geo-blockers might make sense, at first glance, they can indeed be used for nefarious reasons.

This normally happens with airlines, but it does happen elsewhere too. 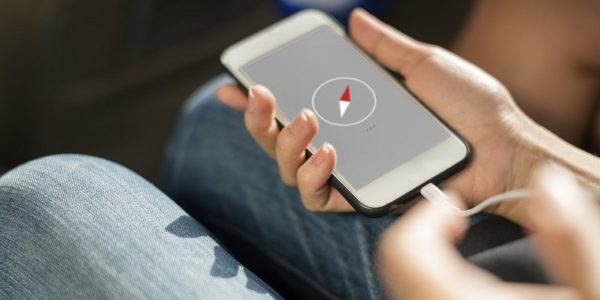 So, how are geo-restriction rules put into place exactly?

While different businesses and countries each have their own approach to geo-blocking—each relies on one, core component to decide who can use a location’s service website and who can’t: IP address.

Every device, whether it’s a desktop, an iPhone, an Android or a laptop, has an IP address assigned to it via an Internet Service Provider.

An IP address can be used for a lot of things—but it’s primarily used to identify a computer when it browses a network.

Because every device has a unique IP address, it’s easy for businesses and countries to sift through these addresses, pick out those which don’t meet their geo requirements, and block access.

More or less, if you’re trying to access a server on your Android, its IP address will be sent along with the access request.

This helps the server know where the requested webpage content needs to be sent—but it can also be used to deny access if your Android has an IP address which isn’t on an exclusive access list.

In some cases, a server has predefined “requirements” outlining the IP string types it’ll grant access to.

Certain geographical regions, often, are the first defining feature which servers target for permissions and exclusions.

The Best Way to Bypass Geo-Blockers

Even though geo-blockers are seemingly everywhere, you can still get around them on an Android with a little elbow grease.

Method One: Use the Tor Browser

Tor is a free-use service which gives users the ability to explore the Internet anonymously.

It hides their IP address, giving them access to websites that would normally be geo-blocked.

Tor uses the concept of Onion Routing—which is the practice of encrypting data before sending it through multiple servers called “relays.”

When your Android’s data goes through several relays, it gets a multi-layer encryption which hides your identity.

Recommended  Hybrid vs Native Mobile App Development, Which Is Better?

Method Two: Use a Proxy Server

Probably the best way to get around geo-blockers is by using a proxy server.

They’re quite useful for navigating geo-blocked content, and they’re also pretty easy to access—or even set up.

Some proxy servers can become overcrowded when digital traffic swells, however, resulting in inconvenient downtimes.

While proxy websites exist—and while they’re generous with allowing users to use their servers to mask their IP addresses, these websites can also face downtime frequently.

Method Three: Use a DNS Service

For this reason, it’s a good idea to get professional services from a good DNS provider.

DNS services simply change the real DNS assigned by your Internet service provider, sidestepping the lengthy process of finding a viable proxy server, handling downtime and navigating to the website of your choice.

DNS changers for Android are incredibly reliable—and they’re only getting more advanced as the industry evolves.

So, if you’re facing some geo-blocked website restrictions, why not give one a try?