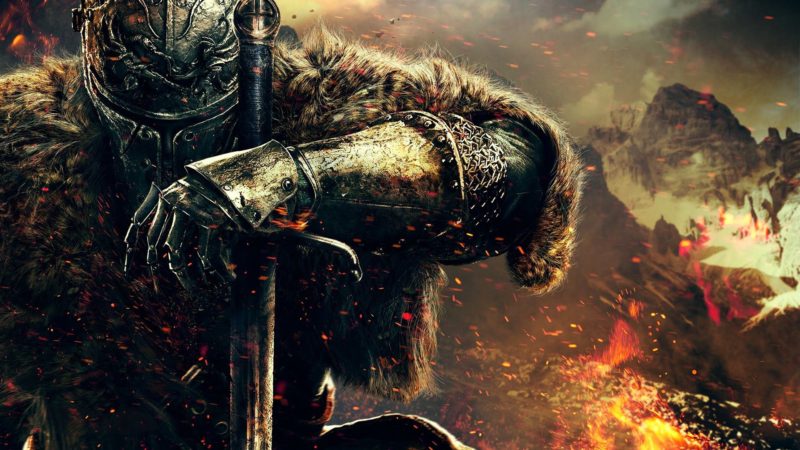 If you are unaware of the most popular MMORPGs to play, you can always pick one from the list of these 20 most played MMORPGs.

Among various types of online gaming genres, MMORPG (Massively Multiplayer Online Role-Playing Game) is one of the most interesting one to get yourself hooked into for months or even years.

With this genre, you can get the feel of adventure and growth in the fantasy world where you can develop your characters from the basic low level.

You will then need to build your characters with skills, abilities, armors, weapons, and so on by completing quests, battling monsters, and going through the storyline.

Once you’ve determined the game’s popularity and player base, it’s time to choose the best title that fits your preferences.

Here are the top 20 most played MMORPGs—the best and most popular MMORGPs that you can play right now:

For the majority of Skyrim fans, The Elder Scrolls Online provides the complete experience to explore the whole of Tamriel area while leveling up their characters and doing quests together with other players.

This is why this game still has a lot of players worldwide, giving you the opportunity to enjoy the game with others cooperatively without any problem.

In Guild Wars 2, you will be able to explore the world of Tyria with its various mysteries and stories that you can uncover as you go along.

There are various races in Tyria which you can befriend and interact with.

With the world that is alive and waiting to be explored, there will be lots of discoveries that you can find throughout the Tyria landscape.

There are lots of things that you can do in this game, and best of all, it doesn’t require any monthly subscription fee to play. 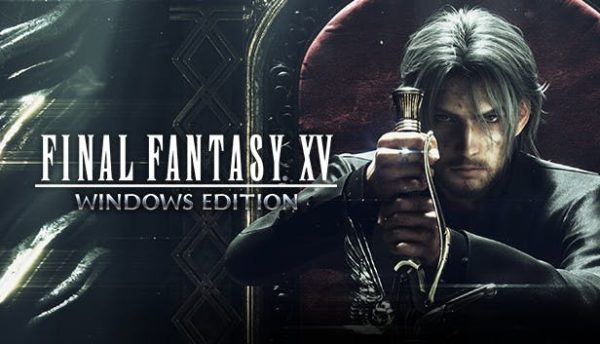 Moreover, you will find lots of familiar characters from this franchise, combined with beautiful graphics and great storyline.

World Of Warcraft – Most Played MMORPGs

World of Warcraft is probably one of the earliest and most popular MMORPGs that people still play even today. 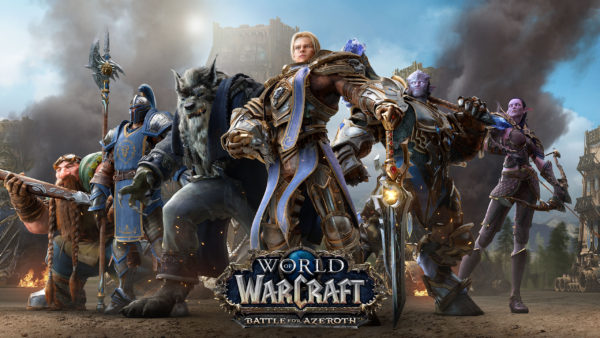 Released for the first time in 2004, this game has captivated the interests of millions of players worldwide.

In this game, you will explore the world of Azeroth where lots of races live and battle each other.

The game itself is the fourth game released in the Warcraft franchise, setting a few years after the event that happened in Warcraft III.

Black Desert Online is a fantasy MMORPG with sandbox elements released for Microsoft Windows in 2015, as well as for PS4 and Xbox One in 2019. 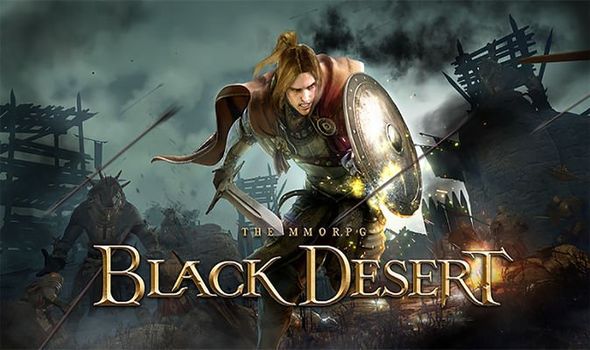 It focuses on beautiful graphics and cutesy characters that you can customize as much as you want.

Taking place in the world where rival nations are battling each other, the gameplay is offered similarly as third-person shooters.

You can find various characters and various things to do in this game.

Recommended  Some Great Tips for New and Experienced Mac Owners

RuneScape is an online fantasy RPG that you can play for free on Windows, Linux, and Mac.

Released for the first time in 1999, the game keeps going up in popularity and attract many new players even in 2019. 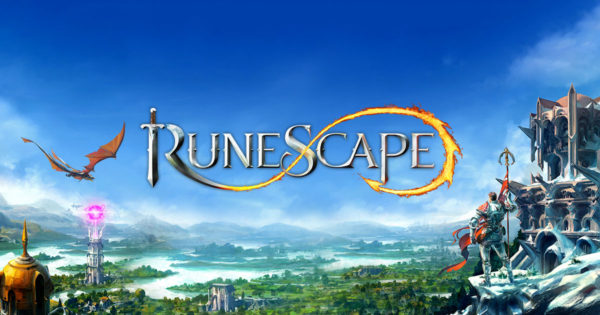 It is also an MMORPG that has been listed in the Guinness World Records as the most popular free MMORPG.

In this game, you will explore the world of Gielinor that is jam-packed with lots of races, stories, guilds, and various other things to explore.

Among the various online games under the Star Wars franchise, The Old Republic is a very popular MMORPG that allows you to explore the Star Wars universe and uncover various quests and mysteries while playing cooperatively with other players.

In this game, your goal is to rule the galaxy while preparing the strongest allies to battle various enemies.

Whether you choose the light or the dark side, it is completely your choice.

EVE Online is an MMORPG with space as its main theme, which you can play both as a free or premium player.

In this game, you can explore the immense space world in a sandbox style, with various paths to choose from. 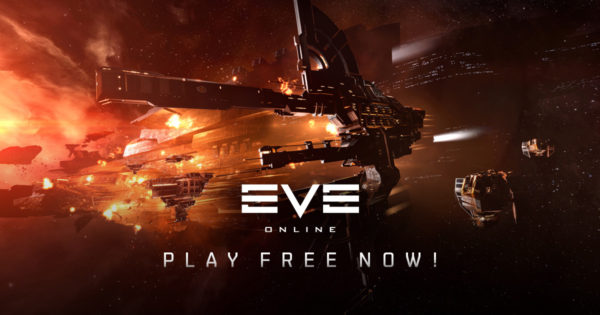 You can follow your own story, craft your own characters and level them up, as well as battling other players for resources.

It is community-driven, and the world is always expanded to give you more things to discover.

SoulWorker is an anime-style MMORPG available for Windows operating system since 2018 (for North American release).

This game revolves around the story in a fantasy world where there are demons for you to fight. 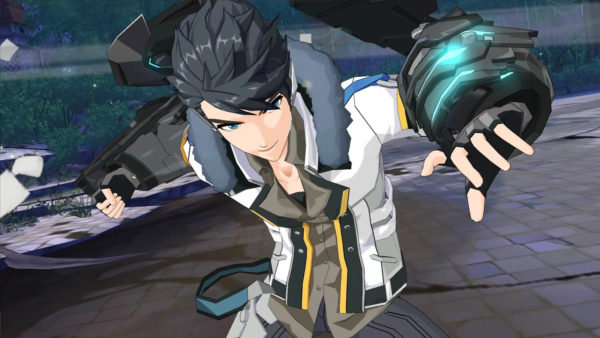 In the past, there was a portal that transported demons to your world, while sucking out some children to the outer world.

Now, in the present time, the children that were sucked out to the outer world come back again to the world, equipped with powers to defeat the demons.

These powers are called souls. You will use your soul as your weapon against the demonic attacks that are plaguing your world.

Released for the first time in 2004 in North America, Lineage II has been building a loyal player base up until today.

It is the second game in the Lineage series, but the story is a prequel that sets 150 years prior to the events that happened in the original game. 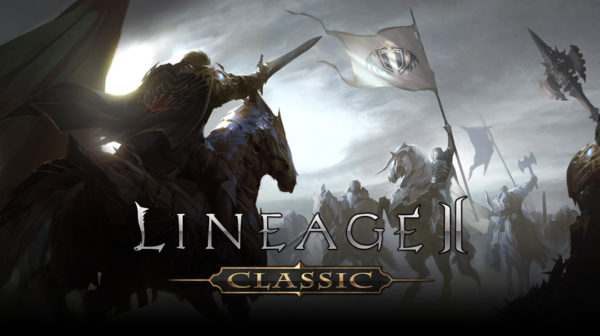 This is an MMORPG that is free to play, but you can purchase in-game items with real money to enhance your experiences throughout your adventure.

The world in Lineage II is called Aden, which you can explore freely to uncover your own personal storyline.

The Lord Of The Rings Online

In this game, you can explore the world of Middle-Earth and complete story quests for your characters.

Recommended  StreamEast Review: Is it Safe & Reliable for Sports Streaming?

The game was originally offered as a subscription-based MMORPG, but as time goes by, the publishers switched it to free-to-play, with a premium subscription option available.

TERA is an MMORPG released in 2012 in North America for Microsoft Windows and 2018 worldwide for PS4 and Xbox One. 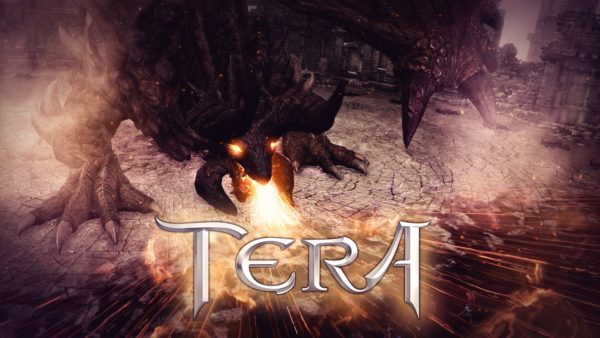 The game takes place in the world called the Exiled Realm of Arborea, which was created out of two gigantic beings named Arun and Shara.

Out of them, the world of Arborea was created along with the two main continents and various races that inhabit the world.

You will play as the characters from the races that are available in the world of Arborea, with various quests and stories that you can unlock throughout your adventure.

Blade and Soul is a fantasy MMORPG developed by a South Korean company NCSOFT, which was released in 2012 for Korean region and in 2016 for North American region. 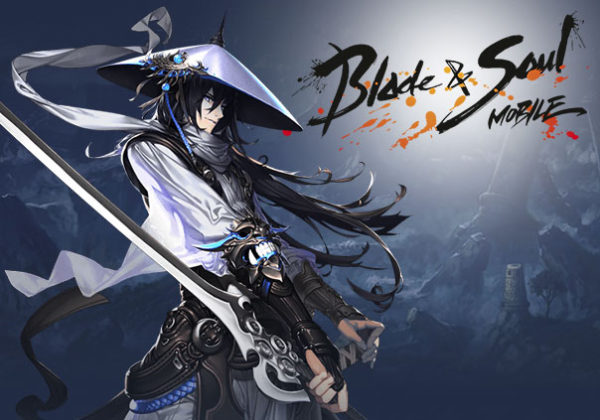 In this game, you can explore the fantasy open-world setting and battle enemies using the combination of various martial arts.

The anime television series for this game was also released in 2014, featuring 13 episodes based on the online game.

While many other MMORPGs usually allow you to explore a fantasy world, Secret World Legends is a bit different.

This is an MMORPG that is set on a modern-day world, where you can fight enemies in the form of occult forces. 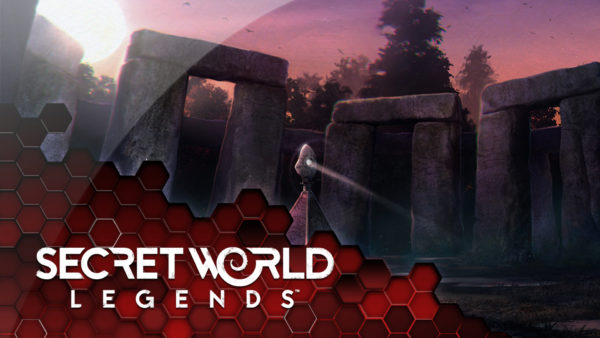 It has the elements of regular MMORPG, which include leveling up, crafting, developing skills, and more, with a more modern theme and storyline.

In this game, you need to complete certain missions in order to progress in the story and defeat the occult terrorist groups.

Elite Dangerous is an MMORPG combined with space-flight simulation genre that allows you to take control of your own starship. 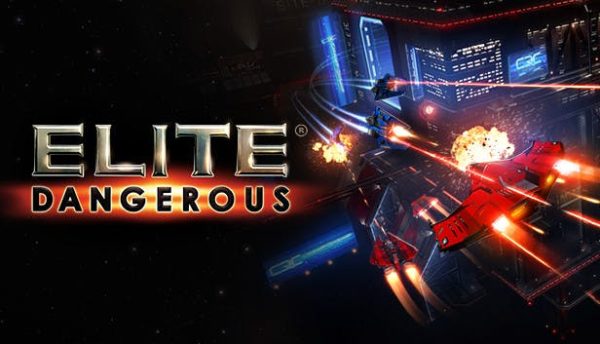 In this game, you can explore the galaxy, fight your enemies, and manage your starship.

MapleStory 2 offers 3D-block MMORPG that gives you a unique and colorful adventure.

It is available for free, and it features various improvements when compared to the first game in the series. 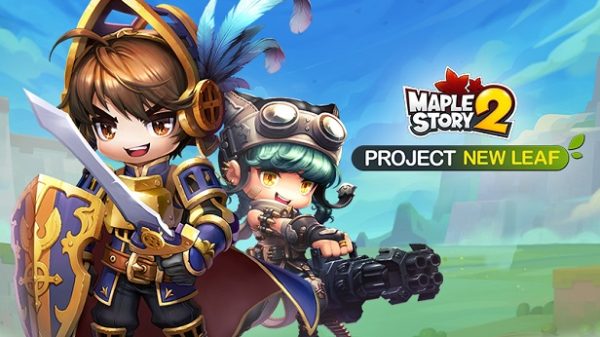 In MapleStory 2, you have the complete freedom to create your character, explore the 3D-block universe, and battle interesting enemies along the way.

You are the one that determines your own storyline and adventure. You also have the complete tools to build your own dream world within this game.

Recommended  Our Top 5 DC Comics Games of All Time! iRiverAmerica

In this game, you can explore the new worlds in order to find new civilizations and intelligent life. 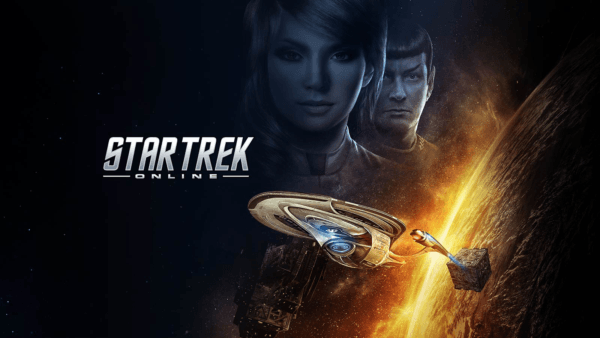 The universe is kept being expanded with new worlds to explore, as well as new stories to uncover.

This game is available for free for the Windows, PS4, and Xbox One platform. 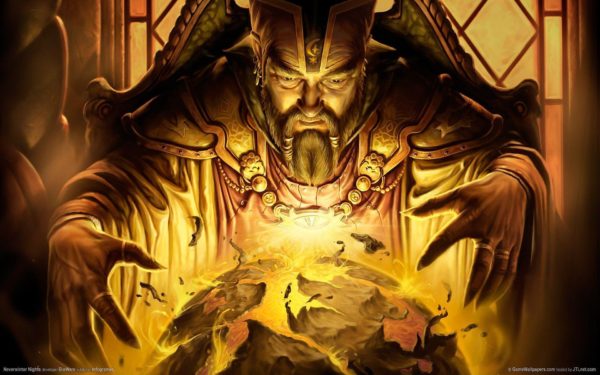 EverQuest is an online multiplayer role playing game that has been around since 1999, providing massive fantasy world, lots of dungeons to explore, challenging battles, and epic quests. 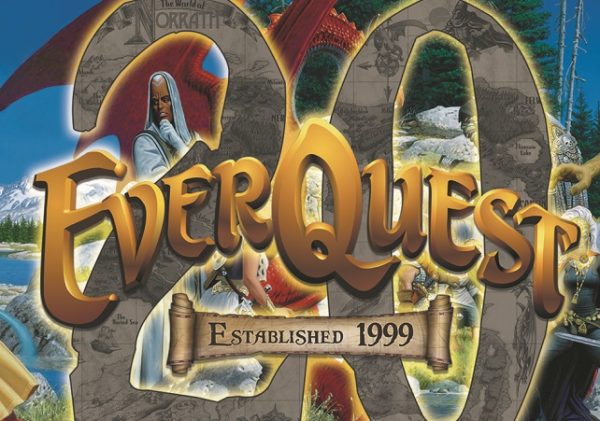 It is available to play for free on Microsoft Windows and Mac OS. Back in the day when it was released, this game achieved massive success and gathered millions of players worldwide. It is still popular even today in 2019.

Albion online is a free-to-play cross-platform fantasy sandbox MMORPG that gives an endless possibility for players to do various things inside this game. 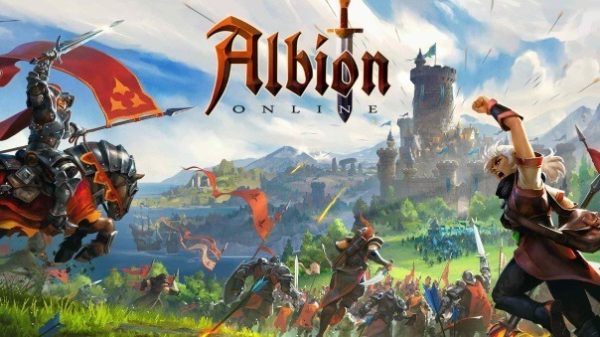 There are lots of elements that are being integrated in the game, such as PvP battle, farming, exploration, dungeon crawling, and more.

And with its cross-platform capability, you can play with other players no matter what device that they are using to play the game.

These are the most played and best MMORPGs that you can play today. Some of them have been around for more than a decade, while some others have just been released recently.

Best of all, you can do it all with other online players, interacting and cooperating with them on a regular basis.

However, before choosing the best MMORPGs to play, what you need to know is whether the game that you choose has enough players in it.

This is because it won’t be fun when you play an MMORPG with only few players in it, since you usually can’t do much or progress the story faster with only a few active players.

You can also play many of these games for free, meaning that you only need to download the game and play it right away.

You don’t need to pay for monthly subscription fees or the license of the game. Although, if you want better experiences, you might try subscribing for one of the premium MMORPGs like World of Warcraft and Final Fantasy XIV just to find out about the differences between the free and paid ones.

In any case, if you want to start playing a good MMORPG in your spare time, with a huge world to explore, you can start by choosing the game from this list. Enjoy your game!

So, tell me which one of all these 20 Most Popular MMORPGs is your personal favorite and why?