Watchmaking started in 16th century Europe, and it keeps on evolving with the latest technological advancements.

Throughout the years, we have seen different forms of timepieces from large simple watches to portable intricate modern designs.

When it comes to innovation in watchmaking, there are several honorable mentions.

Of course, one of them is Omega Watches, a luxury watchmaker based in Biel/Bienne, Switzerland.

If you want to know the historical timepieces of this world-renowned watchmaker, take a read of this article. 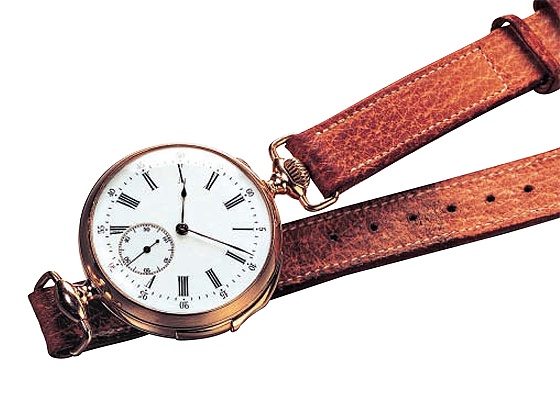 A slide at 3 o’clock triggered the distinctive mechanism of this timepiece.

The complex watch case has striking similarities with that of a pocket watch, and there’s an engraving of a French phrase meaning “excluded from the competition: juror, Paris 1889.” on the cover.

This first minute-repeater wristwatch was exhibited at the Chicago World’s Fair in 1893, but due to conflict of interest, the timepiece was not accepted in the medal competition.

One of the firm’s owners, Cesar Brandt, had served as a jury of the World’s Fair in 1889.

In 1900, Omega released the first wristwatches bearing the company name. 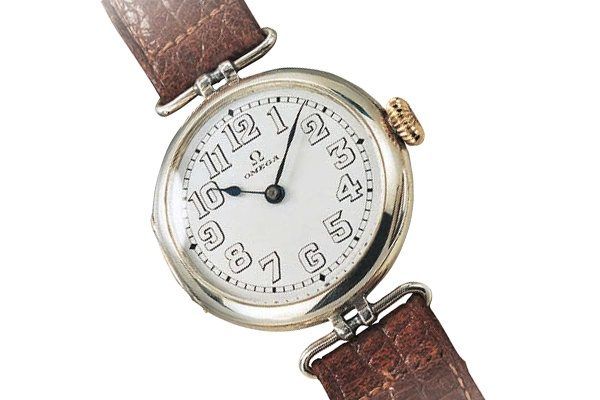 The Swiss watchmaker was one of the companies that started the serial production of wristwatches at the time.

The movement of these timepieces was a Lépine 12-ligne Caliber HN B.

These first Omega wristwatches were used by British officers who were fighting the Boer War in South Africa.

Despite the rough conditions in the war, the Omega timepieces had withstood heat, cold, rain, and sandstorms.

Of course, the watch company took this as an opportunity to market the proven durability of its product with the testimony from British officers who wore the timepieces during the war.

A Leipzig magazine also published an advertisement of first Omega wristwatches in 1904.

The flagship model was powered by Caliber 28.10 RA SC PC RG AM, which made a first appearance in 1945.

This caliber used a unidirectional hammer-type winding weight for winding itself.

The Constellation is known for its durability and precision, which led to Omega’s decision to produce it in large numbers at the time.

In 1957, the Speedmaster wrist watch line was unveiled by Omega. This chronograph had made a buzz when NASA used it for the Apollo lunar mission.

But the history of the Omega Speedmaster can be traced back to the chronograph Caliber 27 CHRO C12, which was developed by Jacques Reymond in 1943.

The designation of the caliber that he developed means: 27 for the movement’s diameter in millimeters, CHRO for the chronograph, and C12 for the additional counter for 12 elapsed hours.

In 1946, Albert Piguet developed this caliber and given a shorter name “321” by Omega.

Recommended  How to Improve Your Creative Writing Craft? iRiverAmerica

At the time, this movement was considered as the smallest of its type. Machinist Désiré Faivre, prototype-maker Georges Hartmann, designer Claude Baillod, among others at Lemania, were credited for the Speedmaster case design.

The Omega Speedmaster principal features include a water-resistant case, black dial, screwed back and domed Plexiglas crystal, luminous hands, and a tachymeter scale.

The diameter was 39-mm for the first version and 40-mm for the later version.

Launched in 1967, Omega de Ville is a separate line that’s simpler, more modern, and more varied than the Seamaster line from Omega.

Since its release, the De Ville line became the brand’s best-selling watch collection.

The Omega De Ville wasn’t manufactured in Bienne – the headquarters of Omega – but in Geneva, Switzerland.

The company’s intention in launching this line was to represent an urban sophistication and elegance.

Rectangular models with the ultra-slim hand-wound Caliber 620 are included in this collection.

With its modern and sophisticated design, the Omega De Ville garnered various design awards, such as the Grand Prix Triomphe de l’Excellence Européenne.

Omega is one of the most iconic luxury watch brands today. It has a rich history that makes it a sought-after brand by watch enthusiasts.

So, if you consider buying a luxury watch, you should browse through the watch collections from Omega.